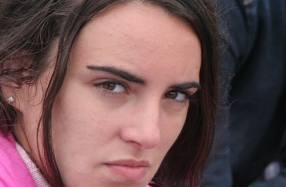 I was running late. My wife Eleanor and I had agreed to meet at the restaurant at seven o’clock and it was already half past. I had a good excuse in the form of a client meeting that ran over and I wasted no time getting to the dinner as fast as possible.

When I arrived at the restaurant, I apologized and told her I didn’t mean to be late.

She answered: “You never mean to be late.” Uh oh, she was mad.

“Sorry,” I retorted, “but it was unavoidable.” I told her about the client meeting. Not only did my explanations not soothe her, they seemed to make things worse. That started to make me angry.

That dinner didn’t turn out to be our best.

Several weeks later, when I was describing the situation to a friend of mine, Ken Hardy, a professor of family therapy, he smiled.

“You made a classic mistake,” he told me.

“Me? I made the mistake?” I was only half joking.

“Yes. And you just made it again,” he said. “You’re stuck in your perspective: You didn’t mean to be late. But that’s not the point. The point is that you were late. The point â€” and what’s important in your communication â€” is how your lateness impacted Eleanor.”

In other words, I was focused on my intention while Eleanor was focused on the consequences. We were having two different conversations. In the end, we both felt unacknowledged, misunderstood, and angry.

The more I thought about what Ken said, the more I recognized that this battle â€” intention vs. consequences â€” was the root cause of so much interpersonal discord.

As it turns out, it’s not the thought that counts or even the action that counts. That’s because the other person doesn’t experience your thought or your action. They experience the consequences of your action.

Here’s another example: You send an email to a colleague telling him you think he could have spoken up more in a meeting.

He replies to the email, “Maybe if you spoke less, I would have had an opportunity to say something!”

That obviously rankles you. Still, you send off another email trying to clarify the first email: “I didn’t mean to offend you, I was trying to help.” And then maybe you add some dismay at the aggressiveness of his response.

But that doesn’t make things better. He quotes the language of your first email back to you. “Don’t you see how it reads?” He asks. “BUT THAT’S NOT WHAT I MEANT!” You write back, IN CAPS.

So how do you get out of this downward spiral?

It’s stunningly simple, actually. When you’ve done something that upsets someone â€” no matter who’s right â€” always start the conversation by acknowledging how your actions impacted the other person. Save the discussion about your intentions for later. Much later. Maybe never. Because, in the end, your intentions don’t matter much.

What if you don’t think the other person is right â€” or justified â€” in feeling the way they do? It doesn’t matter. Because you’re not striving for agreement. You’re going for understanding.

What should I have said to Eleanor?

“I see you’re angry. You’ve been sitting here for 30 minutes and that’s got to be frustrating. And it’s not the first time. Also, I can see how it seems like I think being with a client gives me permission to be late. I’m sorry you had to sit here waiting for so long.”

All of that is true. Your job is to acknowledge their reality â€” which is critical to maintaining the relationship. As Ken described it to me: “If someone’s reality, as they see it, is negated, what motivation do they have to stay in the relationship?”

In the email back and forth I described earlier, instead of clarifying what you meant, consider writing something like: “I could see how my criticizing your performance â€” especially via email â€” feels obnoxious to you. How it sounds critical and maybe dismissive of your efforts in the meeting.”

I said this was simple but I didn’t say it was easy.

The hardest part is our emotional resistance. We’re so focused on our own challenges that it’s often hard to acknowledge the challenges of others. Especially if we are their challenge and they are ours. Especially when they lash out at us in anger. Especially when we feel misunderstood. In that moment, when we empathize with them and their criticism of our behavior, it almost feels like we’re betraying ourselves.

But we’re not. We’re just empathizing.

Here’s a trick to make it easier. While they’re getting angry at you, imagine, instead, that they’re angry at someone else. Then react as you would in that situation. Probably you’d listen and let them know you see how angry they are.

And if you never get to explain your intentions? What I have found in practice â€” and this surprised me â€” is that once I’ve expressed my understanding of the consequences, my need to justify my intentions dissipates.

That’s because the reason I’m explaining my intentions in the first place is to repair the relationship. But I’ve already accomplished that by empathizing with their experience. At that point, we’re both usually ready to move on.

And if you do still feel the need? You’ll still have the opportunity, once the other person feels seen, heard, and understood.

If we succeed in doing all this well, we’ll often find that, along with our relationships, something else gets better: our behavior.

After that last conversation with Eleanor â€” after really understanding the consequences of my lateness on her â€” somehow, someway, I’ve managed to be on time a lot more frequently.

Mr BregmanÂ is the author, most recently, ofÂ 18 Minutes: Find Your Focus, Master Distraction, and Get the Right Things Done,Â winner of the Gold medal from the Axiom Business Book awards, named the best business book ofÂ Â the year on NPR, and selected by Publisherâ€™s Weekly and the New York Post as a top 10 business book. He is also the author ofÂ Point B: A Short Guide to Leading a Big ChangeÂ and co-author of five other books. Featured on PBS, ABC and CNN, Peter is a regular contributor toÂ Harvard Business Review,Â Fast Company, Forbes, National Public Radio (NPR), Psychology Today, and CNN as well as a weekly commentator on Fox Business News.

Reprinted with permission.Â  All rights reserved.