Going off ADHD medication is not uncommon. How you approach the decision makes all the difference in your ADHD treatment. 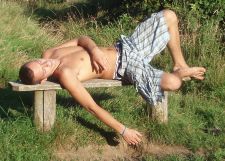 I made a huge mistake. I went off my ADHD meds, cold turkey.

For most people who have attention deficit hyperactivity disorder (ADD ADHD), medication is a fact of life. So is going off medication â€” or at least wanting to. Taking pills day in and day out can feel like a big bother.

People opt out of ADHD medication for all sorts of reasons, often without the consent of their doctors. Some people believe they have outgrown the need for medication. Some worry that long-term use of ADHD drugs is unsafe (something that so far has not been proven). Others go drug-free because they dislike feeling that they are “controlled” by medication.

“Clients tell me that they don’t like the way drugs make them feel,” says ADDitude consultant Michele Novotni, Ph.D., a psychologist in Wayne, Pennsylvania. “They say it stifles their creativity and spontaneity â€” and that they feel like impostors, not their real selves.”

Teenagers, fueled by rebellion and often impulsive, are especially likely to stop ADHD medication. That was the case with Sara Brooks, of Portland, Oregon. Sara had been a happy young woman and a capable student until her junior year of high school.

“Then she hit a wall,” recalls her mother, Debra Brooks, a clinical social worker and business consultant. “The traumas of adolescence, the lack of formal structure in her advanced classes… she started flunking, got depressed, and gave up.”

A diagnosis of ADHD and six months of medication later, Sara was back on top. She was captain of the cheerleading squad. She had won a college scholarship and landed a berth in an exchange program in Costa Rica. Then, midway through her senior year, things fell apart again. “Sara was wild, cranky, arguing constantly,” says Debra. “In school, she was doing zero. I had a rebellion on my hands.”

Sara finally ‘fessed up: “I made a huge mistake. I went off my meds, cold turkey. I was doing so well, I figured I didn’t need them.” Soon after going back on medication, Sara was happy again â€” and back on track for college and Costa Rica.

Quit While You’re Ahead?

Many people who choose to go off medications do so because, like Sara, they “feel good.” They wonder: Might I feel just as good â€” maybe even better â€”Â  if I went off the drugs?

That’s not a bad question, says Timothy Wilens, M.D., associate professor of psychiatry at Harvard Medical School. But, he says, there’s a right way and a wrong way to discontinue ADHD medication. “I might suggest a trial discontinuation if someone has been symptom-free for several months,” says Wilens. “What you want to know is whether the medication has been responsible for all the improvement, or if the disorder itself is better.”

ADHD is a chronic, and often lifelong, neurological disorder, but sometimes it does seem to go away. Recent studies suggest that many children with ADHD outgrow aspects of the disorder before reaching adulthood. What’s going on?

Scientists now know that the brain is a “work in progress” until well past puberty. Some researchers theorize that this decades-long maturation process gradually repairs the errant brain circuitry associated with ADHD. Others attribute improvement to the gradual acquisition of coping skills. If ADHD symptoms are mild, and coping skills have indeed been burnished over a number of years, says Wilens, medication may become unnecessary.

A desire to go drug-free can sometimes be triggered by a positive change in life circumstances â€”Â  marrying someone who is willing to help with organizational tasks, for example, or switching from a desk job to one that involves lots of physical activity. More commonly, though, the reason people drop drugs is that things in their lives, or with the medications themselves, are not

Susan Brillhart, 42, a pediatric nurse practitioner in Hoboken, New Jersey, was diagnosed with ADHD at age six and medicated until age 16. “It stopped working,” she says. “I realized my medication wasn’t having much effect any more, because my grades were going down.” All that was left, she says, were side effects.

Even in cases where medication still works, side effects can become unbearable. “I’ve gone off medications a number of times,” says Robert Jergen, Ph.D., 36, associate professor of special education at the University of Wisconsin in Oshkosh. “Some drugs caused intense intestinal pains. Some made my heart race. One was effective at reducing my hyperactivity, but I couldn’t sleep. The last medication I was on made it difficult to achieve and maintain erections, and caused vocal tics.”

Other motives for going off medication are even more pragmatic, says Harold Meyer, a therapist and ADHD coach, who heads the New York City chapter of Children and Adults with Attention Deficit Disorder. Meyer has had clients who wanted to discontinue medication because they were starting a job that required drug screening, or planned to enter the armed forces. “I had one client, a private detective, who needed to renew his gun permit. He knew that he’d be asked if he was taking stimulants or other drugs,” says Meyer.

An important caution: Although drugs commonly prescribed for ADHD have not been linked to birth defects, women (and men) who are trying to have children are generally advised to avoid medication.

Reprinted with permission fromÂ ADDitudeÂ magazine. All rights reserved. For more articles like this one, visit www.additudemag.com.