What ADHD Is, And What It Isnâ€™t

There are conflicting descriptions of ADHD, and there is a great deal of misinformation still being shared about it as well.

There are many things that ADHD is that are surprising to some, and many more things that it isnâ€™t.

These misconceptions make life more difficult for those with ADHD. They allow for erroneous stereotyping and stigmatizing, they allow ADHDâ€™s detriments to be dismissed rather than attended to, and they rob people of the best possible life they otherwise might have managed to have.

But these misconceptions cannot work on their own, they need willing ears to hear them and willing tongues to spread them. They need closed minds and empty hearts to spread their damaging and destructive lies and deceits. Will you be that closed mind, that empty heart, that willing participant in the spread of misinformation, or will you read on and educate yourself, and subsequently others?

What ADHD Is Not:

Go ahead. Take these words and spread them around. Whisper them in coffee shops and talk about them at the water coolers. Pass them to your friends scribbled on bits of paper if you must, but share these truths, and maybe you will help make someoneâ€™s life better. Maybe yours? 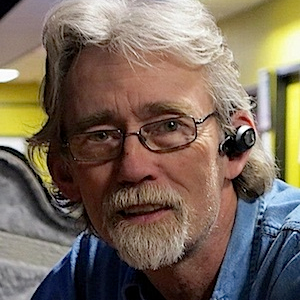 I was born in the city of Toronto in 1959, but moved when I was in my fourth year of life. I was raised and educated in a rural setting. I live in an area where my family history stretches back 6 or more generations. I was diagnosed with ADHD at the age of 50 and have been both struggling with the new reality and using my discoveries to make my life better.

Find out more about me on my website: writeofway.

View all posts by Kelly Babcock

Republished with permission from the author.