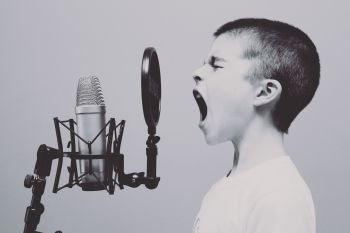 Kids can change and you can help

In my office Iâ€™ve dealt with many, many parents through the years who were really discouraged about their kidsâ€™ behavior. They felt hopeless and wondered if things were ever going to change. And the feelings they had were understandable: when you have a child who acts out in very aggressive and destructive ways, who is verbally abusive or physically destructive of property, or who even assaults siblings and parents, you feel powerless. And if you try to seek help from your childâ€™s school, therapists, and counselors, but still nothing changes, itâ€™s easy to get really discouraged and start feeling hopeless. But I think, in many cases, parents and kids can turn their lives around, and Iâ€™m saying that out of my own experiences with families and kids.

I think that itâ€™s important to understand a few things. First of all, people change. Itâ€™s documented all throughout history. Itâ€™s not “Can kids change?” that is the question, it’s how they change and why they change that matters.

I believe kids change because they learn to develop the problem solving skills they need to deal with the issues that trigger their acting out. In fact, most acting out behavior is triggered by the childâ€™s inability to solve the problem thatâ€™s in front of him. So he or she gets frustrated or angry or afraid, and then tries to solve the emotional problem by acting inappropriately. And this snowballs until you have kids who act out all the time because they havenâ€™t developed any emotional maturity.

In this scenario, you have to look at feelings and emotional situations almost like problems, rather than emotions. Anger, fear and frustration are problems that your child has to solve in a way that doesnâ€™t interfere with others or his ability to function. When kids donâ€™t learn the skills to solve those kinds of problems, they develop what we call â€œcompensatory behaviors.â€Â  What that means is that they develop ways of acting which compensate for the feelings they have and the situations they get themselves into because they canâ€™t solve their original problems.

So, do people change? They absolutely do when they learn how to solve the problems that are impeding their growth. My personal philosophy is that human beings want to be better than they are, simply because theyâ€™re human beings, for no other reason than that.

â€œHave I screwed up my kid permanently?â€

From time to time, parents come to me believing that they did a lot of things during their childâ€™s development that are irreversible. They worry that their childâ€™s acting out was caused by their own personal behavior or the ways they didnâ€™t give them the parenting they needed. Maybe it was a lack of resources in the family, too many â€œkid hoursâ€ in need and too few â€œparent hoursâ€ in support, divorce, family chaos or serious illness: whatever the situation may be, these parents take on the personal responsibility for their childâ€™s current behavior. All I can say to them is that blame is not useful when you are dealing with the lives of children. And parents often get stuck thinking about blame when they feel the problem is hopeless, because they think blaming is all they have left.

Listen, if youâ€™re ready to help your child grow, blame is not important. What is important is responsibility. Whoâ€™s going to be responsible for getting your child the skills they need today? And if youâ€™re taking on that responsibility, how are you going to carry it out? These are the questions that are critical. Do parents mess their kids up? Yeah, they do. Do they know theyâ€™re doing it while itâ€™s going on? Most often they donâ€™t.

But when the day comes when the parent is willing to accept more responsibility and learn to make some different choices, thatâ€™s the day that parent becomes responsible. Thatâ€™s the day they stop fighting everybody else and start joining with people to solve their childâ€™s problems. Thatâ€™s the day when they seek out parent support either through support groups, parent training, and through family therapy.

People change. But in order to change, what your child has to do is learn new skills and adapt to new situations. If you say, â€œIâ€™m going to parent my child differently,â€ and then you donâ€™t learn other skills, eventually youâ€™re going to slide back to the same old errors. Itâ€™s human nature, really. You get frustrated, you get tired, you get overwhelmed and you wind up doing the same things again. Parents have to learn new skills if theyâ€™re going to make changes in their kidâ€™s behavior.

Is there hope for parents in this situation? Yes, there is. Thereâ€™s always hope. Thereâ€™s a saying I like: â€œHope is cheap, so indulge yourself.â€ You can have all the hope you want, but if you donâ€™t take certain steps to do things differentlyâ€”if you donâ€™t learn how to set goals for yourself and your child and then find ways of reaching those goals, if you donâ€™t change your behavior, if you donâ€™t change the way you do thingsâ€”even if you have hope, nothingâ€™s going to change. People hope for better lives all the time, but they donâ€™t go to college, they donâ€™t learn new skills. If you donâ€™t prepare yourself and get the tools you need, itâ€™s simply not going to happen.

Being a parent is hard work. And being a child in our society today is risky business. The skill set parents need keeps getting more complex. Nobody teaches parents what to do when their child starts acting out and challenging their authority. So the quicker you can acquire effective skills, the better off you and your child will be. Yes, there is hope. But you also need to be prepared.

James Lehman is a behavioral therapist and the creator of The Total Transformation Program for parents. He has worked with troubled children and teens for three decades. James holds a Masters Degree in Social Work from Boston University. For more information, visit www.thetotaltransformation.com.

“Will My Kid Be Messed Up Forever?” is reprinted with permission from Empowering Parents. For more information, visit www.empoweringparents.com.

Any information or suggestions in this article are solely the opinion of the author(s) and should not replace the advice of appropriate medical, legal, therapeutic, financial or other professionals. We do not test or endorse any product, link, author, individual or service listed within.

Other Articles about Parenting