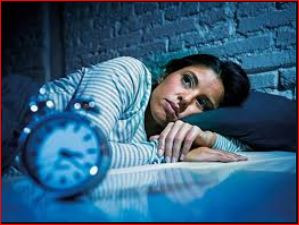 It is estimated that up to 75% of youth with ADHD have sleep problems. And, experimental studies that manipulate sleep quantity have demonstrated a causal link between sleep and ADHD behavior in children.

However, there has been no prior work in which sleep duration has been manipulated in adolescents diagnosed with ADHD. Evidence of a causal link between sleep quantity and ADHD symptoms in adolescents would provide additional support for including sleep as an intervention target in teens with ADHD, especially for those with known sleep difficulties.

This issue was addressed in a study published online recently in the Journal of the American Academy of Child and Adolescent Psychiatry [Becker et al,.m (2019). Shortened sleep duration causes sleepiness, inattention, and oppositionality in adolescents with ADHD: Findings from a crossover sleep restriction/extension study.Â https://doi.org/10.1016/j.jaac.2018.09.439Â ]

Participants were 72 14-17-year olds diagnosed with ADHD. The study involved a 3-week sleep protocol with an experimental cross over design. After a one-week baseline period, youth participated in one-week of sleep restriction and one-week of sleep extension.

Measures -Â Sleep was measured using a wrist-mounted actigraph. This confirmed that participants obtained 1.6 more hours of sleep on average during the extension week compared to the restriction week.

Daytime sleepiness and ADHD symptoms were measured at the end of each week using rating scales completed by parents and by adolescents.

Parents and teens also completed ratings of sluggish cognitive tempo (SCT), a set of attentional symptoms reflected by mental confusion, daydreaming, and ‘slowed’ behavior and thinking. SCT overlaps with, but is not identical to, the inattentive symptoms that characterize ADHD.

Results -Â As expected, large differences in daytime sleepiness were found in both parent and adolescent ratings, with greater sleepiness report for the sleep restriction week. Adolescents also reported more daytime napping during this week.

Parents reported that their teen showed significantly more attention problems and oppositional behavior during the sleep restriction week compared to the sleep extension week.; they also observed large differences related to sluggish cognitive tempo. Differences in hyperactive-impulsive behavior during restriction and extension weeks were not founds.

The teens themselves did not report differences in attention problems between the restriction and extension weeks. However, they reported more symptoms of sluggish cognitive tempo and more hyperactive-impulsive behavior during the sleep restriction week.

Summary and implications -Â This study provides clear experimental evidence that how much teens with ADHD sleep has a significant impact on their attention and behavior. An additional 1.6 hours per night – the average difference in sleep during restriction and extension weeks – had impacts that were discernible to parents and, for some outcomes, to teens themselves.

The fact that these results are not surprising does not diminish their potential significance. Increasing sleep is a safe, free, intervention that can make a meaningful difference.

What is surprising, however, is that that assessing sleep and intervening where indicated is not done for many youth with ADHD. While the impact of increasing sleep did not have as large an effect, on average, as medication, there is no reason not to include sleep assessment and intervention for nearly all youth with ADHD. There is virtually no cost to doing this and it can make a difference.

The study would have been stronger if data was also obtained from teachers to learn whether the benefits that parents observed were also observed at school. This is particularly true since parents were not ‘blind’ to sleep condition and their ratings may thus have been influenced by knowledge of whether their child was in the restriction or extension portion of the study. This could be addressed in subsequent research.

This limitation not withstanding, the study highlight a safe, inexpensive, and potentially valuable target for intervention in youth with ADHD that may often be overlooked.